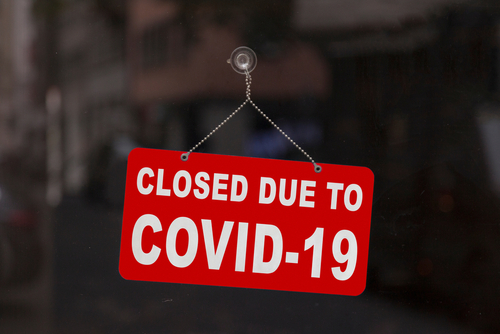 Paycheck Protection Program Flexibility Act of 2020 (HR 7010) – Rep. Dean Phillips (D-MN) introduced this legislation on May 26. This Act modifies provisions related to small business loans issued under the original Paycheck Protection Program. Specifically, the bill permits forgiveness of loans used to pay expenses incurred over a 24-week period, longer than the original eight-week limit, and extends the timeframe to pay off unforgiven loans from two to five years. This bill also increases the limit on non-payroll expenses up to 40 percent when used to pay for rent, utilities, mortgage interest, and similar fixed costs. Loan recipients have until the end of 2020 to rehire employees with full access to payroll tax deferment. The bill was signed into law by the President on June 5.

Providing for Congressional Disapproval Under Chapter 8 of Title 5, United States Code, of the Rule Submitted by the Department of Education Relating to “Borrower Defense Institutional Accountability” (HJ Res 76) – This bill was introduced on Sept. 26, 2019, by Rep. Susie Lee (D-NV). In response to a September 2019 rule issued by the Department of Education (ED), this resolution sought to reverse a process that no longer allows a borrower to be discharged from a student loan if an educational institution misrepresented material facts. The new rule also requires individual borrowers to apply to ED for a defense to repayment, whereas in the past an application could be submitted on behalf of an entire group (e.g. veterans). This resolution passed in both the House and Senate but was vetoed by the President on May 29. No attempt has been made to override the veto.

USA FREEDOM Reauthorization Act of 2020 (HR 6172) – This bill would reauthorize (through November 2023) provisions related to the Foreign Intelligence and Surveillance Act (FISA). Updated provisions mandate that the FBI may not seek detailed phone records on an ongoing basis, cellular or GPS location information, or any evidence in which there is a reasonable expectation of privacy. Other mandates include certifying that the Department of Justice (DOJ) has received any information that might raise doubts about the application, and imposes additional requirements for FISA authorizations that target a U.S. person, federal elected official or candidate. The bill would increase criminal penalties for unlawful violations of FISA electronic surveillance and expands the criteria for when a FISA court decision shall be declassified. The bill was introduced by Rep. Jerrold Nadler (D-NY) on March 10. It was passed in the House in March and in the Senate, with alterations, in May. The bill was recently put on hold during its second pass in the House.

Robert Levinson Hostage Recovery and Hostage-Taking Accountability Act (S 712) – This bill addresses the wrongful detainment of U.S. nationals abroad. It authorizes the President to appoint 1.) a Special Presidential Envoy for Hostage Affairs to engage in U.S. hostage policy recovery efforts; 2.) an interagency Hostage Recovery Fusion Cell to assess and track all cases and coordinate agency efforts to safely recover hostages; 3.) a Hostage Recovery Group to develop, implement and recommend hostage recovery policies. The bill also gives the President the authority to impose visa- and property-blocking sanctions against foreign nationals responsible for or complicit in the unlawful or wrongful detention of a U.S. national abroad. The bill was introduced by Sen. Robert Menendez (D-NJ) on March 7, 2019. It was passed by the Senate on June 15 and is currently with the House.

Stop Senior Scams Act (S 149) – Sponsored by Sen. Robert Casey Jr. (D-PA), this bill establishes a Senior Scams Prevention Advisory Group to develop educational materials to help employees of retailers, financial services companies and wire transfer companies identify and prevent scams that affect seniors. It was introduced on Jan. 16, 2019, and passed in the Senate on June 10. The legislation is currently under consideration in the House.