Relief for USPS Financial Requirements, Plus Support for Victims of Sexual Harassment and Online Child Exploitation 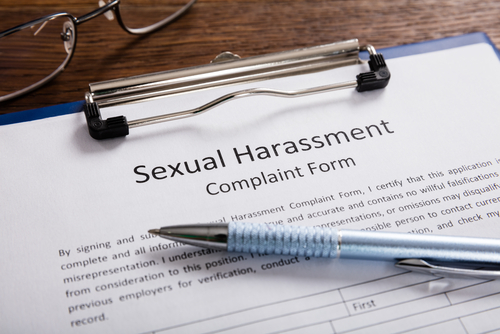 Amache National Historic Site Act (HR 2497) – This Act was introduced by Rep. Joe Negusa (D-CO) on April 24, 2021. The bill authorizes the Department of the Interior to acquire land in Colorado in order to establish a park called the Amache National Historic Site. It is to be included as part of the National Park System for the purpose of preserving, protecting and interpreting resources associated with the incarceration of civilians of Japanese ancestry during World War II at the Granada Relocation Center, as well as the military service of incarcerees at the Granada Relocation Center. The bill was passed by Congress on Feb. 18 and is now with the president.

Ending Forced Arbitration of Sexual Assault and Sexual Harassment Act of 2021(HR 4445) – The bill was introduced by Rep. Cheri Bustos (D-IL) on July 16, 2021. It invalidates arbitration agreements that prohibit a party from filing a lawsuit in court involving sexual assault or sexual harassment. The bill passed in both the House and the Senate on Feb. 10 and is awaiting signature by the president.

Postal Service Reform Act of 2022 (HR 3076) – This Act is designed to provide stability and enhance the services of the United States Postal Service. Among its many provisions, the bill proposes to: Repeal the annual prepayment requirement for future retirement health benefits;  establish a Postal Service Health Benefits Program to offer health benefit plans for USPS employees and retirees; coordinate enrollment for retirees under this program and Medicare; develop a publicly available dashboard that tracks service performance and reports on USPS operations and financial conditions. The legislation was introduced by Rep. Carloyn Maloney (D-NY) on May 11, 2021. It passed in the House on Feb. 8 and goes to the Senate next for consideration.

Indian Buffalo Management Act (HR 2074) – This Act was introduced by Rep. Don Young (R-AK) on March 18, 2021. The bill establishes a permanent program within the Department of the Interior to develop and promote tribal ownership and management of buffalo and buffalo habitat on Indian lands. Furthermore, the department may enter into agreements with tribal organizations to transport surplus buffalo from federal land onto Indian land. The bill passed in the House on Dec. 8, 2021, and is presently with the Senate.

AI Training Act (S 2551) – The purpose of this legislation is to establish a training program in artificial intelligence (AI). It would be managed by the Office of Management and Budget for an acquisition workforce of executive agencies by ensuring that those workforces have knowledge of the capabilities and risks associated with AI. The Act would require the program to be updated at least every two years, measure workforce participation and solicit and analyze feedback from program participants. The bill was introduced by Sen. Gary Peters (D-MI) on July 29, 2021. It passed in the Senate on Dec. 18, 2021, is currently under consideration in the House.

EARN IT Act of 2022 (S 2538) – EARN IT is an acronym for Eliminating Abusive and Rampant Neglect of Interactive Technologies. The purpose of this bipartisan legislation is to revise the current federal framework for governing the prevention of online sexual exploitation of children by establishing a National Commission for Online Child Sexual Exploitation Prevention. The commission would develop best practices for interactive computer services providers such as Facebook and Twitter to prevent, reduce and respond to the online sexual exploitation of children. In addition to requiring service providers to report facts and circumstances to identify and locate minors involved, the Act would also limit provider liability protections for alleged violations of child sexual exploitation laws. It was introduced by Sen. Lindsey Graham (R-SC) on Jan. 31 and is presently under consideration at the committee level.